A date in the history of cinema

The Wild Nation is a film about the lives of wild animals. It took four years of filming around the globe, from the African deserts to the foothills of the Himalayas.

Here is how director, Frédéric Rossif presented it:

” This film begins where the documentary ends. Animals are privileged actors. Before man appeared, they filled our dreams : animals are our black memory. They remind us of the old days when we still were moving like them. I filmed a spontaneous celebration in which reflection has, for once, no part. “

The Wild Nation is also a narration written by Madeleine Chapsal and a world famous film score composed by Vangelis. Thirty seven years after, it still resonates. The Wild Nation is about love, death and dreams: a matchless masterpiece. 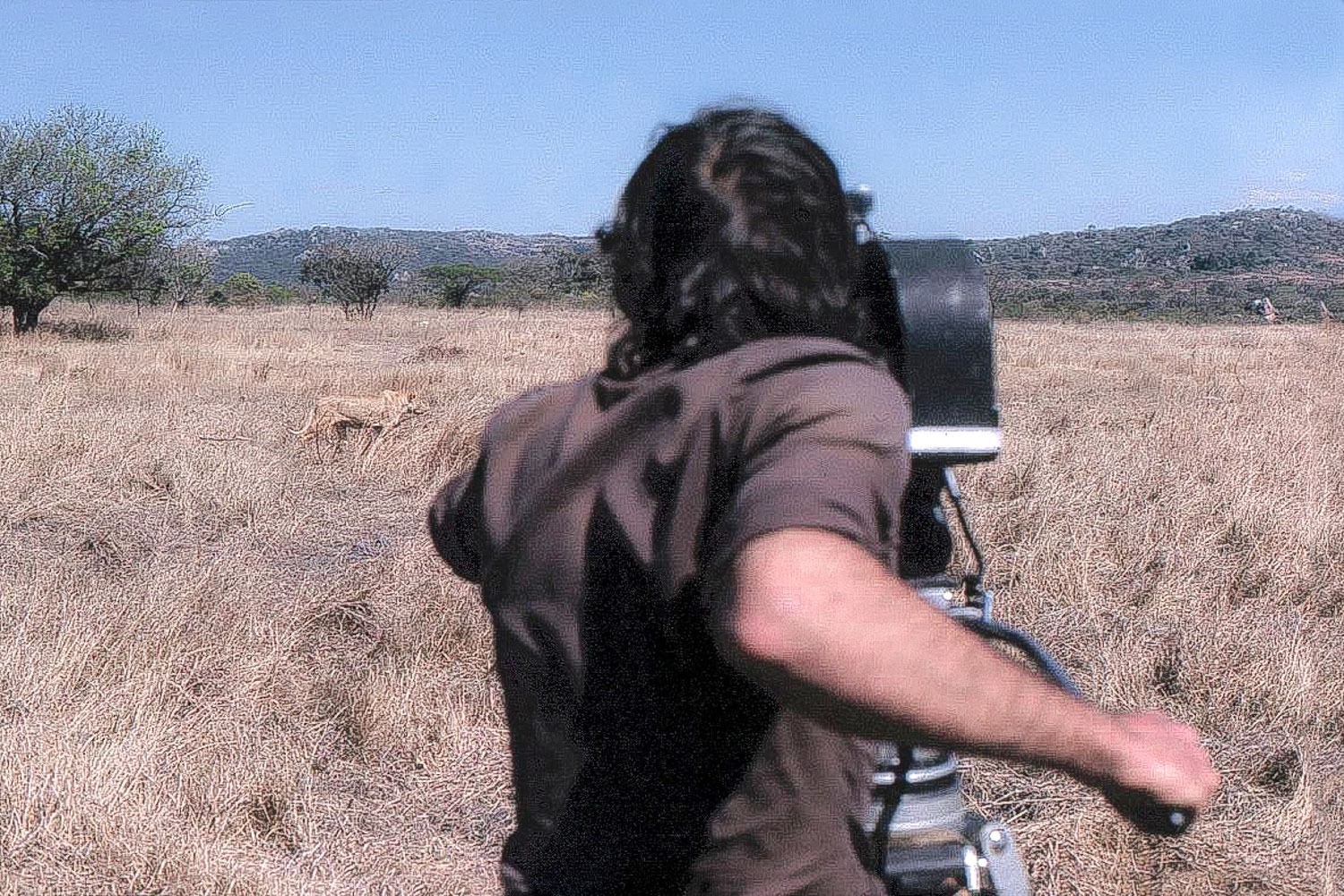 “Animals are our black memory”. It is this very memory that is the inner essence of The Wild Nation, which with this release, is being brought back to our present time. So that, in the eyes of future generations, the splendor of the beauty of a world, disappearing before our eyes, may still shine in all its glory, forever.

Help us to keep this memory alive. 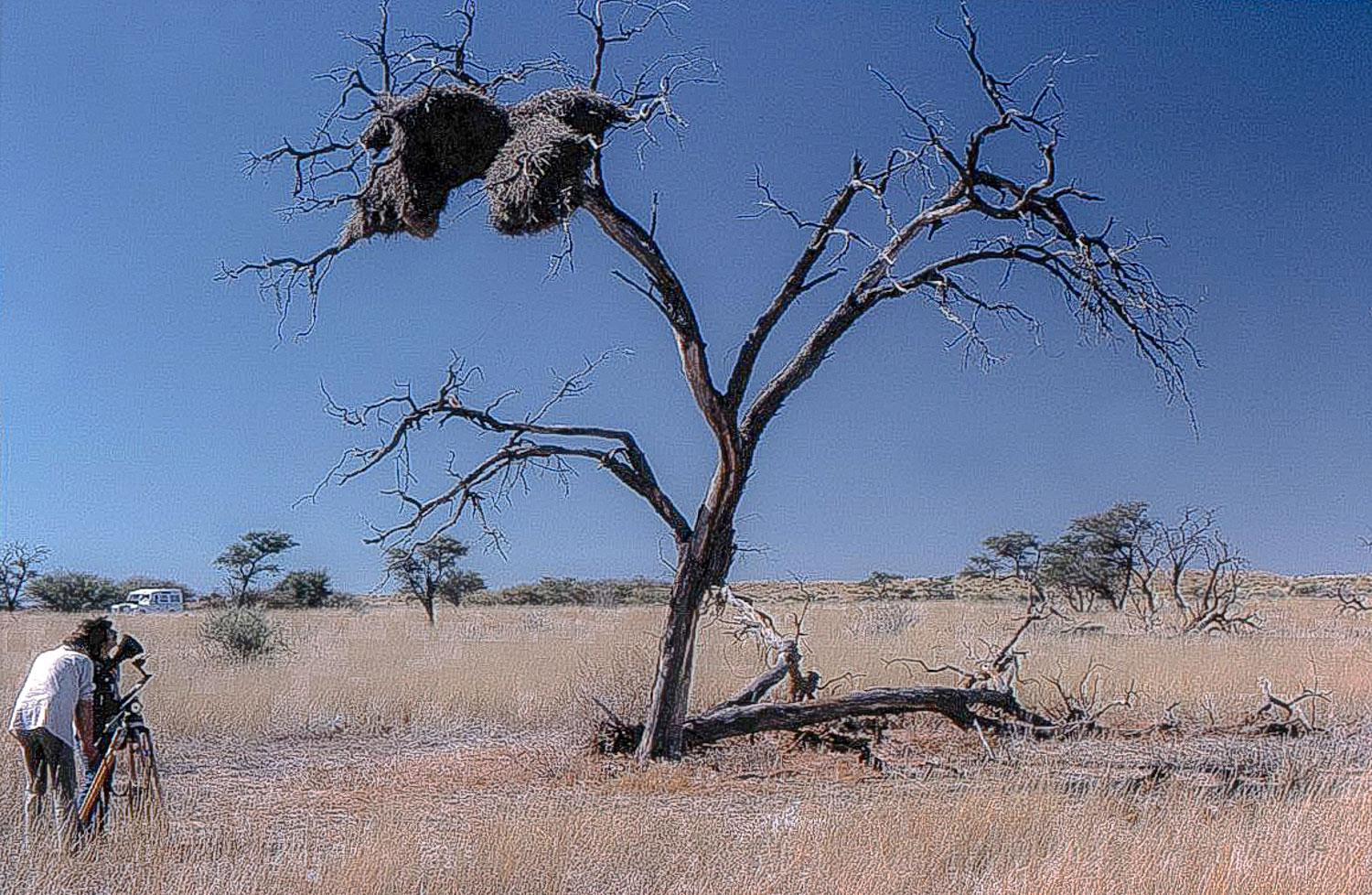 The Wild Nation has forever changed our views on animals. This is the first and most important public and critical success of all of the wildlife films Frédéric Rossif directed, to be re-released. It remains to this day in the French box office top ten documentary films about animals.

Co-produced by film director Sergio Leone, The Wild Nation is the blueprint and a key marker in the history of modern wildlife cinema.

He revolutionized the genre by imposing an aesthetic that reveals -strikingly even more today, than when released in movie theaters in 1976- the true power of its singular beauty, which detonates and sets it apart from all the other movies made about animals.

The Wild Nation is a captivating symphonic poem, filled with a gentle melancholy, which reveals us to ourselves, a sense of strangeness, unveiling the secret relationship that binds us to the animal world. The wild and free animals, question us, as our glances crosses each other.

Here takes place an incredible ballet, where sound and visual rhythms marry to celebrate the very exact and pure unsuspected beauty of the animal moves, sublimated on screen in slow motion.

Ode to nature, The Wild Nation is an “environmentalist” movie before his time. In today’s world its very topical subject still matters, echoing our responsabilies towards wildlife. This is a vibrant plea for animal Beauty, a final warning before the danger of disaster that threatens our planet.

“Everything about the animals lies within us, in another memory. They revive our memories before civilization.”

“Contemplating wildlife is what can best help people enjoy the important moments in their own lives, the infinite happiness feel: we also belong to The Wild Nation, for the simple fact that we exist.”

Unjustly forgotten for too long, almost invisible for over thirty years, The Wild Nation, Frédéric Rossif’s cult classic, is at last, available for the first time in digital format. You’ll be able to (re)discover the film as it was meant to be seen: in a 2K fully restored version, for optimum quality. 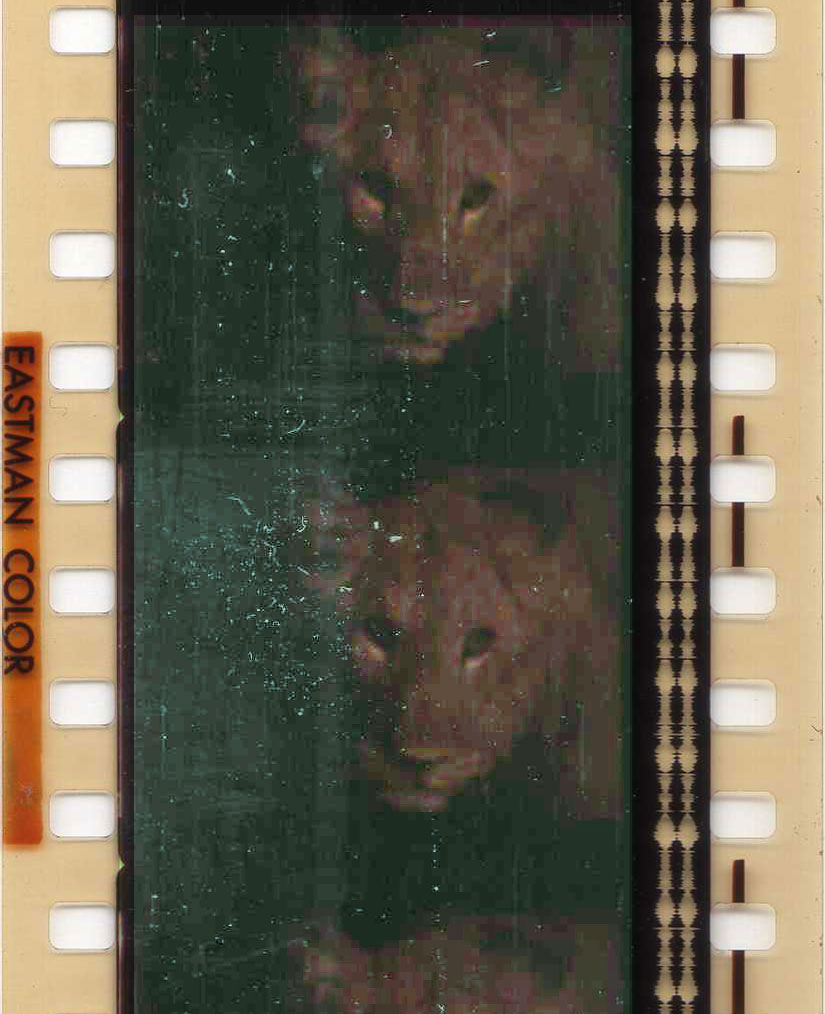 Masterpiece in peril, The Wild Nation is now definitively saved, thanks to the active participation of the original film crew in achieving its restoration, undertaken by the renowned Eclair laboratories with the French CNC support.

You will be able to see and hear the The Wild Nation like never before: the latest technologies have been used in order to perfect its “rebirth.” A huge restoration work was done. Now, this cinematic gem shines anew. We started from scratch with the original material, including the newly found 16mm negative film, after six months of research worldwide.

The restored image has been transferred onto a special color negative film for preservation. A 35mm positive film has been printed.

” I have filmed a

in wich, for once, 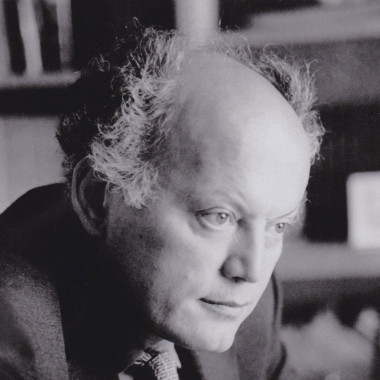 Frédéric ROSSIF (1922-1990) is one of the historical pioneers of French television. He achieved success with the general public through the programs he produced and directed for television, such as La vie des animaux or 5 colonnes à la une. Cinephile, poet and visionary, his excellence in film editing is internationally acknowledged in 1961, for his first feature film, The Time of the Ghetto, co-signed with Madeleine Chapsal. He then quickly gained both popular and critical acclaim. Followed a dozen feature films, including To Die in Madrid, Oscar nominated in 1962.

Devouring music, poetry and painting, his passion for the arts fueled his inspiration and is the quintessence of his aesthetic. His erudition, eclecticism of his choices and tastes are reflected in his films: his work ranges from the great historical documentary films, films about animals or those devoted to major artistic figures of the twentieth century, from Orson Welles to Georges Braque or Georges Mathieu. From Picasso to Jacques Brel which premiered in the Cannes film festival. 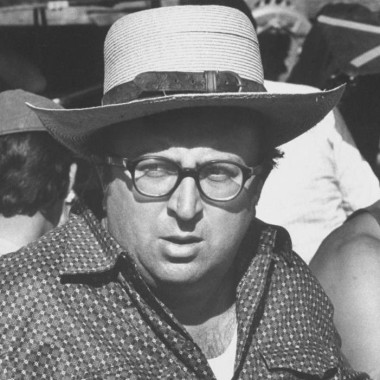 The great Sergio LEONE (1929-1989) was a close friend of Frédéric Rossif. Leone who had gained a lot of money with his westerns, through its Dollar Trilogy, decided to reinvest in his own film production company, he founded in the late 1960s: it is with the Rafran cinematografica spa that he coproduced The Wild Nation, alongside Frédéric Rossif’s production company, Tele- Hachette with Michelle Wiart as executive producer.

Members of the film crew were later hired by Sergio Leone to work upon one of his most famous commercials, he directed in 1989, shot shortly before his death. Produced by the French advertising agency, Publicis for the French branded car: Renault 18, entitled The Elephants , is a kind of tribute to The Wild Nation. The Italian filmmaker offered repeatedly Jean-Charles Cuttoli, the assistant director of The Wild Nation, to work for him. Jean-Charles Cuttoli declined them all and remained faithful to Frédéric Rossif, all along their 22 years collaboration. 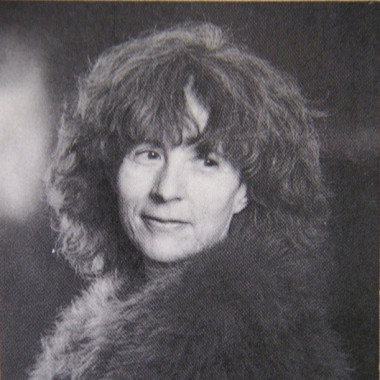 Madeleine CHAPSAL is the co-founder with Jean-Jacques Servan Schreiber and Françoise Giroud, of the famous French newsmagazine L’Express. She worked there as a journalist for 25 years.

Between 1953 and 1979, she notably, published interviews-meetings, conducted with the greatest actors of the French and international artistic and literary scene: From Maurice Merleau-Ponty to André Malraux.

In 1961, spotted by Frédéric Rossif, she began with him a long and fruitful collaboration as a screenwriter. Among her greatest achievements, in addition to The Wild Nation, include film commentary for To die in Madrid (1962) and The October Revolution (1967).

In 1973, she began a new career as a writer. Novelist, essayist, she has written, up to this day, more than fifty books. Most of them have won great public and critical success; many were adapted for the screen. 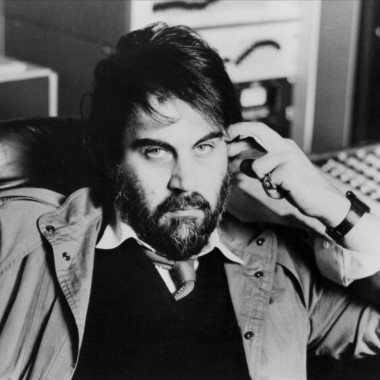 VANGELIS self taught musician, is one of the pioneers of electronic music during the 1970s. He began his collaboration with Frédéric Rossif in 1971, on the film about the French abstract painter Mathieu. Therefore, he will composed the soundtracks of some of the greatest Frédéric Rossif’s movies, right until his last feature film: From Nuremberg to Nuremberg. He won critical acclaim and worldwide fame for The Wild Nation original score, bursting onto the international music scene as a film composer.

In addition to the works he signed for Frédéric Rossif, his best-known compositions are soundtracks such as, Chariots of Fire, for which he won an Oscar in 1981, Antarctica, Blade Runner and 1492: Christopher Columbus. He also composed the anthem of the FIFA World Cup 2002.

Today his musical genius led him to explore new musical landscapes, as choral symphony, like the grandiose Mythodea he composed at the request of NASA, performed by the greatest voices in opera.

” A feast for the eyes and mind,

a euphoric journey, a pure pleasure. “ 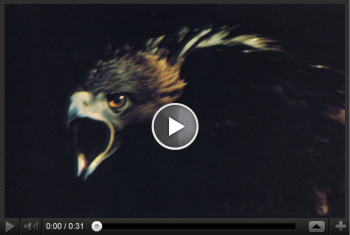 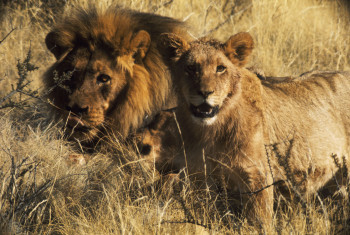 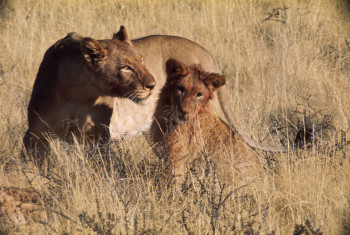 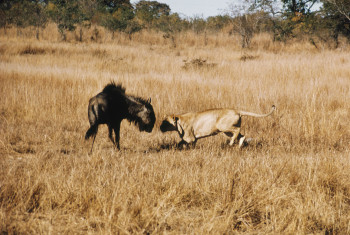 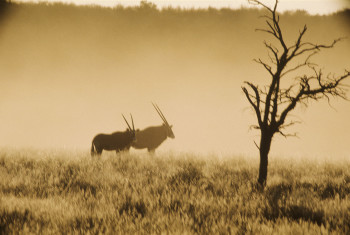 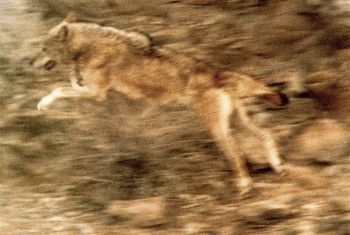 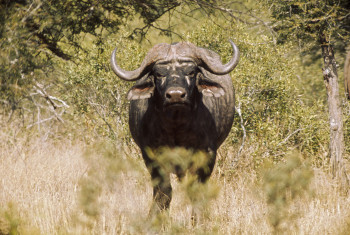 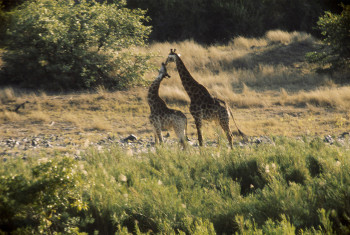 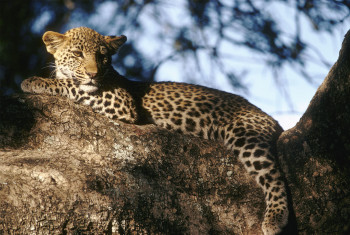 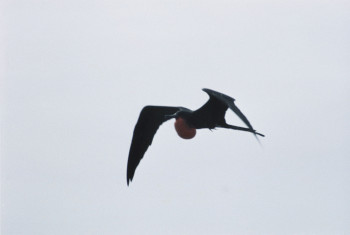 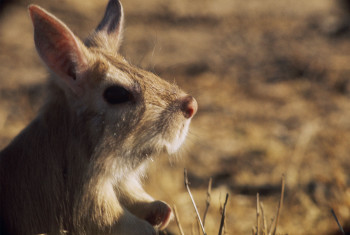 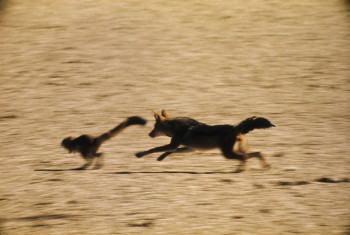 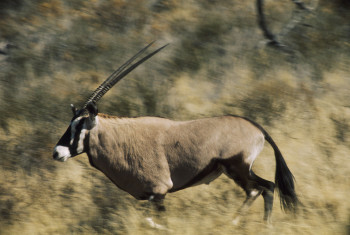 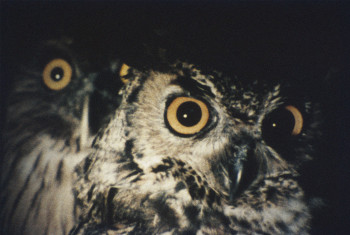 ” This cinema is not a

The Wild Nation lead us to the 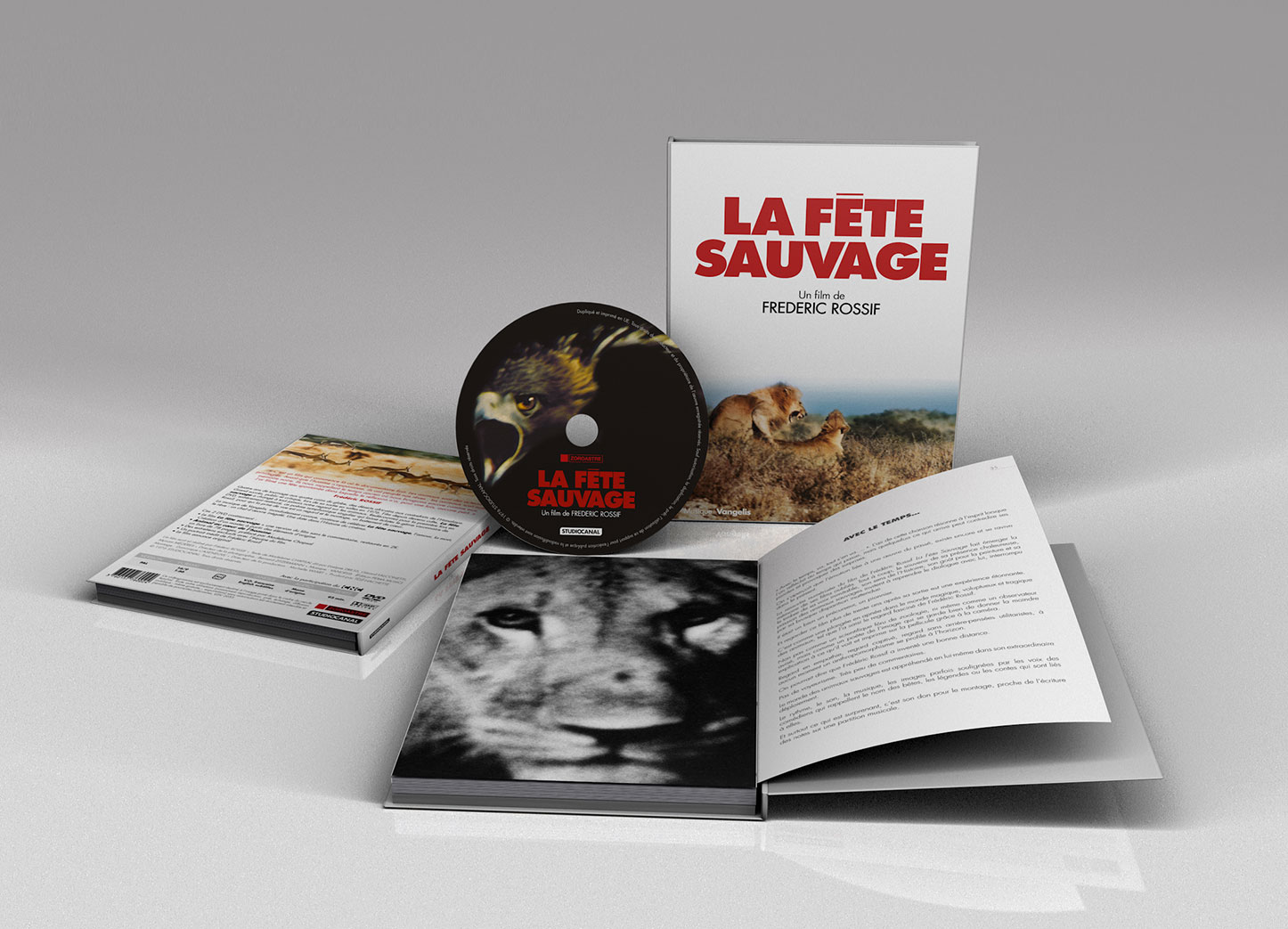 ” A child who would no longer

see the animals would be forever

silenced in his dreams

for the rest of his life “ 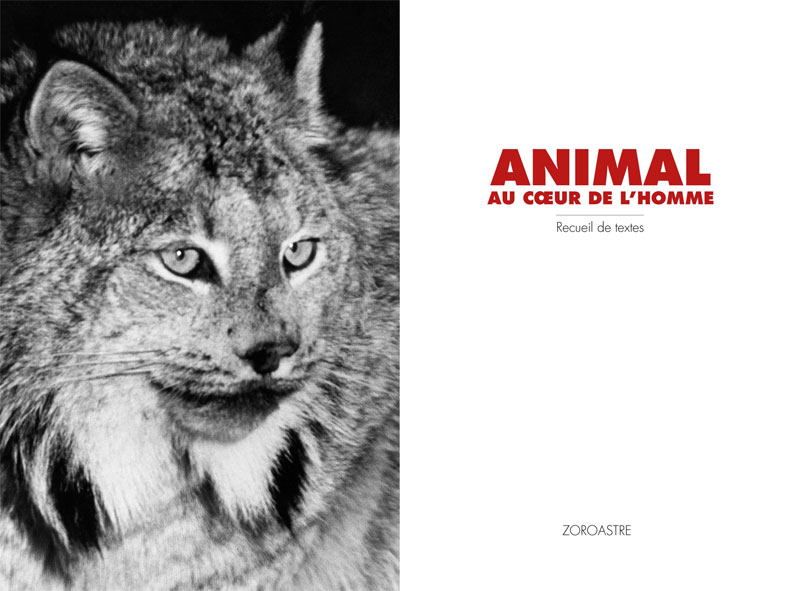 ” The animals are our oldest